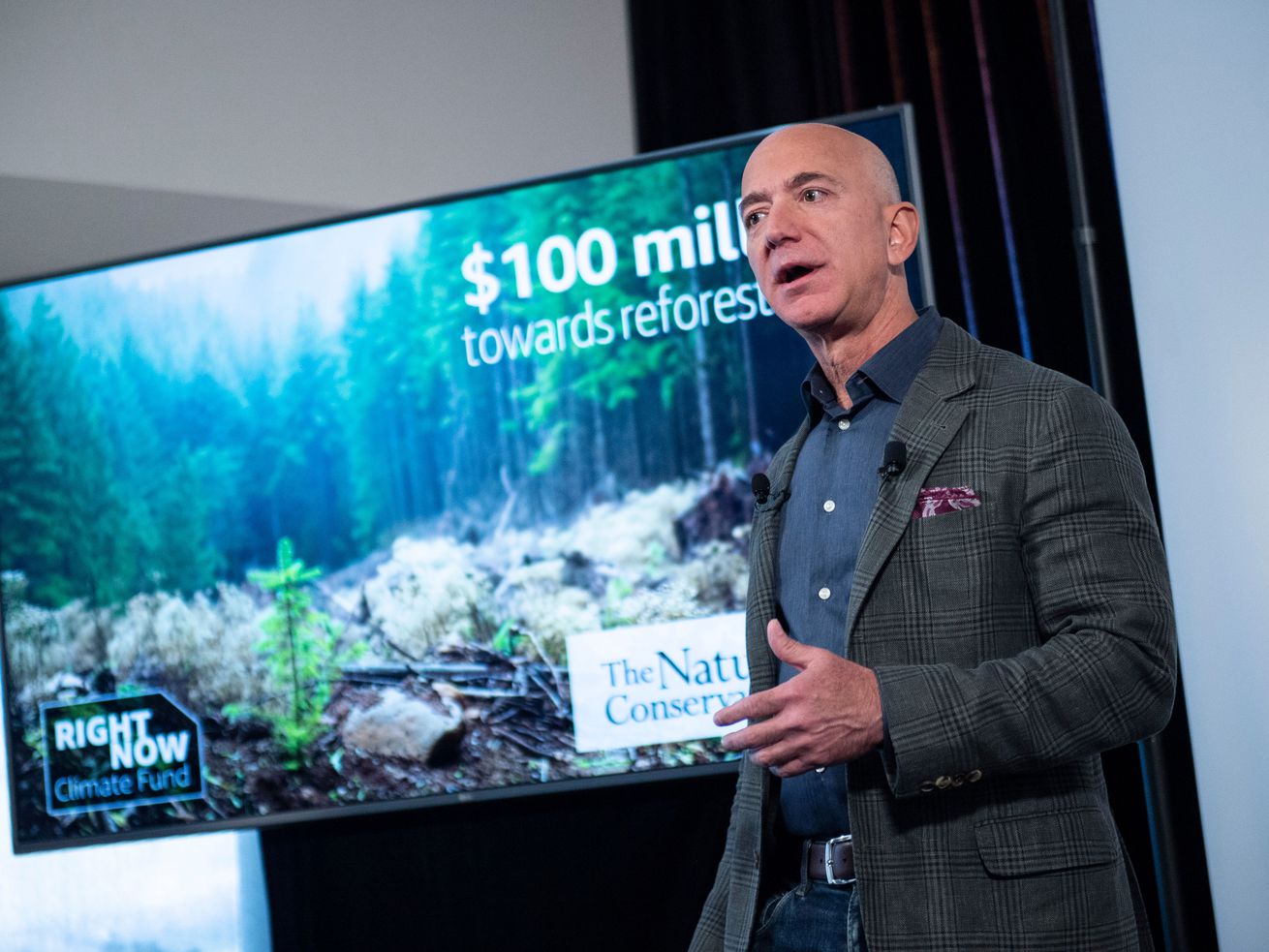 Amazon founder Jeff Bezos on Monday announced nearly $800 million in grants to some of the country’s most prominent environmental organizations, spelling out the first details on his massive climate change push since he unveiled it in February.

The $10 billion program, called the Bezos Earth Fund, is the one of the biggest charitable commitments ever and the largest to date by Bezos, the world’s richest person.

The lion’s share of the money from Bezos is funding nonprofits that are prominent even outside of environmental circles. If you were hoping for the tech billionaire to make moonshot investments in unheard-of but highly effective charities, Bezos’s gifts will disappoint you. But if you were hoping for massive cash injections into well-financed, uncontroversial, and long-established organizations, Bezos fulfills your expectations.

Bezos is awarding $100 million each to the Environmental Defense Fund, the Natural Resources Defense Council, the Nature Conservancy, the World Resources Institute, and the World Wildlife Fund. Those five groups are among the largest environmental nonprofits in the country. The Nature Conservancy had almost $1 billion in revenue in the most recent fiscal year on file, and the other four had over $100 million each.

To be sure, some of the 16 organizations that are taking home $791 million are going to less recognizable groups. But in his first major contributions, Bezos is largely playing it safe.

“I’ve spent the past several months learning from a group of incredibly smart people who’ve made it their life’s work to fight climate change and its impact on communities around the world,” Bezos wrote on his personal Instagram page. “We can all protect Earth’s future by taking bold action now.”

The announcement on Monday included the first concrete details on the program that Bezos had shared since launching it in February. Bezos has shared surprisingly few details about the initiative for months — and continues to offer little.

A Bezos Earth Fund representative on Monday declined to comment when asked about the structure of the fund and its ties to a new Bezos-started company that Recode reported on this summer. Bezos said he initially planned to start making contributions this summer, but is only unveiling his first grants now. The Earth Fund representative said that missed deadline was due in part to the Covid-19 pandemic, which is demanding more and more of Bezos’s attention.

The representative also said the fund did not yet have a leader — an unusual state-of-play for a charity already giving away hundreds of millions of dollars — but was in the process of hiring one.

The reason all that matters so much is that the $10 billion Bezos has promised is one of the largest charitable gifts ever and will reshape climate philanthropy. How Bezos sets up his charity, the speed with which he gives the money away, and the types of people that he hires will help determine how successful America’s billionaire philanthropists will be at solving the climate threat.

Bezos’s own company, Amazon, has been criticized by environmental activists for not doing enough to combat climate change in its corporate practices. Some of those criticisms have even come from some of the groups taking home money on Monday. That’s a reminder that billionaire philanthropy can potentially grant something to the giver, too.

The post  Jeff Bezos plays it safe on his $10 billion climate giveaway  appeared first on Vox.  See the full story on Vox

From 2023, Bacardi, Bombay Sapphire, and Grey Goose will be sold in biodegradable or paper-based bottles

Whatever Happened to the Ecohouse?

The Ultimate Guide to Yin Yoga for Surfers

Easy Tips for Learning How to Surf Big Waves